23. 11. 2015 23:47:04
I acknowledge and realize the danger posed by these questions, but if I were in that country for whose safety you share responsibility - those brave Kurds will have just one more martyr.

How could my activity against ISIS and the plot to murder me not come to the attention of BIS, when I was constantly trying on several computers to distribute worldwide the news of the monstrosity committed by the Islamic State.

BIS would not know that the man who tried to assassinate me and who once worked for a short period of time in my garden as one of many temporary workers, according to all accounts was also fourth category snitch confident for the Police of Czech Republic in Pribram?

Did BIS not know that Police in Pribram belongs to the police of the Central Czech Region, where the director Vaclav Kucera confidently and boldly signed the fate of three Kurds and myself were predetermined?

Did BIS not know the offender after his arrest was immediately released even though he was searched nationwide for other unrelated offenses? While generally in the responsible police station, some police official are working just for BIS ...

Did BIS not known my mentally sick wife, with whom I live for many years, is presumably not extracted from some members of the Central Bohemian police?

Were BIS not aware that this attacker, thanks to some members of the police of the Central Bohemian Region tolerated any crime against me and against my daughter?

Did BIS not known that my mentally sick wife lived for many years in the same house as a certain person Parnu linked direct to Islamic capital in Syria?

Did BIS not know that the father of the person is sitting on the supervisory board of several companies under the Agrofert of Andrej Babis?

And in this context I would like, as a citizen to ask whether BIS is aware of the flow of Islamic capital right away to the Czech Republic?

And as a citizen I would like to ask, what was the reason for the uninitiated and bated "house search" in my house, how it is according to the laws of God and man and human rights when it was done in a house of a damaged person?

And on that occasion also I would like to ask whether one of the reasons for the so-called. "Search warrants" in my house was not the fact that I worked for weeks on the scheme, which had represented linking certain people in the Czech Republic for the Islamic capital?

Did BIS also not known where the scheme ended with such serious information when police took my computer as "suspicious objects"?

Did BIS not know that the person so exposed as I am, is still contacted with threats by Vaclav Factor who planned my attempted murder in January?

Did BIS not know that only in the course of this year there were a few times that my house was broken into and that damages occurred to my car and other assets?

Did BIS not know, that if I wanted to go to Brno to take participation on anti-Islam demonstration and give a speech that there were a few unknown vehicles on my driveway blocking my gate?

Did BIS not know, that when I had a meeting with some anti-Islamic activist groups, my car tires were punctured?

Is BIS not aware that four years and I'm wrongfully denied by any contact with my minor child, and that the man who the mother of my child support and irritated against me, is just the person who has 2 children with some Arabs from Syria and "accidentally" they live in the same building as Monika Uzunoglu? A "chance" father of the people - Josef Luka - Chairman of the Board of companies owned by the Agrofert group?

It is no coincidence BIS knows the name and surname of the Arab, which has still in his bedroom a Qur’an on the wall?

Does BIS not know who is behind the negative activities of Monica Uzunoglu against Kurdish fighters and is trying to make Monika Uzunoglu in every possible way to help stop the Kurdish fighters’ support, who are the only real fighters against the Islamic state?

Does BIS not know that a few hours after in my garden there appeared a special band ambulance designed to save the lives of Kurdish fighters officially supported by the Czech government and coalition partners in NATO, at my object appeared Monika Uzunoglu, who lives less than 120 km away, ambulance without my consent, and therefore unlawfully shot and the snaps /photo images/ were sent to all entities that would be interested in preventing of ambulances transport to Kurdistan.

Does BIS is not know that my ex Monika Uzunoglu and around her assembled group are illegally watching my correspondence, my phones and systematically for the second year in every conceivable manner sabotage by persons contacted me in any attempt to gain support for the Kurdish fighters against the Islamic state?

Does BIS not know that in Mnichovo Hradiste, which falls under the Police of Central Bohemian Region led by Vaclav Kucera, there took place before the eyes of the police, whose presence I even requested a physical attack on myself by a person by Monica Uzunoglu, after which I was seriously injured for a few months?

Does BIS not know that Monika Uzunoglu together with some members of the ingredients responsible for the security of the state, are for day and night working on discrediting me, so as to thwart my efforts to get support for my people and my comrades in the fight against the Islamic state?

I ask, therefore, what you know about the illegal activities of Uzunoglu Monica, presumably tolerated not only by the police but also supervising prosecutors and even some courts and other authorities. This so-called "Tolerance" should be the reward that prevents or hinders my activities in collaboration with my friends in the fight against the Islamic state?

I ask, therefore, what you know about the policeman of Central Bohemia police threatened my lawyer who helps us in our fight against the Islamic state?

It can be asked this context: What was BIS, responsible for national security, to prevent the activities of these people directed against me and against my efforts to support fighters against the Islamic state, which currently represents the biggest threat to the entire civilized world?

Either you are informed about all the facts and do not inform their government, which they work, or you're not really aware, but in both cases it is necessary to ask a legitimate question: WHAT DO YOU SERVE AND TO WHOM? 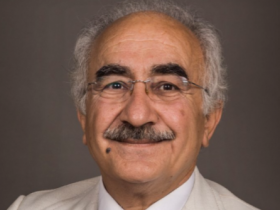